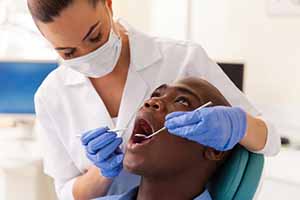 A vibrant global campaign to ban the use of mercury in dentistry is shifting direction: moving from Europe to the developing world

Attorney and President of the World Alliance for Mercury-Free Dentistry, Mr. Charlie Brown, who is heading the campaign was quoted saying, “When you return to your home countries, please do as the European Union has done: phase out amalgam for children now, for one simple reason: The children of your nation are equally important as the children of Europe.”

In a recent interview Mr. Brown spoke about his short tern goal as being the ban of amalgam for children globally as enforced by the European Union.

He also spoke glowingly about the progress made in phasing out amalgam in nations across Africa and Asia.

The World Alliance for Mercury-Free Dentistry, working with the NGO SEDI of Benin City, Nigeria, held a workshop for Edo State in the South-South region.

The workshop concluded with the Edo State Stakeholder Resolution calling for amalgam use to cease in Edo State, Nigeria, on 1 July 2018—specifically for children under 16, for pregnant women, and for nursing mothers.

The other goals of the organization in Africa will be to update dental school training curriculum, lay emphasis on mercury-free dentistry and the implementation of a phase down plan.

A recent meeting of the organization in Nigeria also declared mercury as a chemical of global concern due to its long range atmospheric transport, its persistence in the environment once anthropogenically introduced and its ability to bio-accumulate in ecosystems.

Meanwhile, Cameroon has also been undergoing a significant change towards mercury-free dentistry throughout the nation. As, urban as well as rural Cameroon have been very receptive to the idea.

In his opening speech at COP 1, Brown praised the work of the African region and of the African governments in the march toward mercury-free dentistry.

He said, “The Abuja Declaration for Mercury-Free Dentistry for Africa sets the pace. The government of Mauritius ended amalgam use for children. Dental schools from “Cote d’Ivoire and Nigeria across to Tanzania and Kenya have made major curriculum shifts to educate this generation of dentists.”