East Africa - The most attractive investment spot in the region 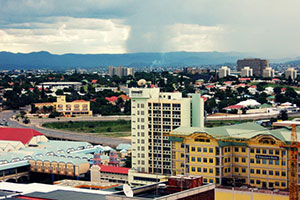 According to Africa’s Rand Merchant Bank (RMB), Investment Attractiveness index forecast Kenya, Rwanda and Tanzania will be among Africa’s most attractive investment spot in 2019.

According to the report, Ethiopia, which is Africa’s fastest-growing economy, has successfully survived to foster its comparative advantage, especially in agriculture and manufacturing, and its demand for goods and services is increasing remarkably given a market size of about 100 million people.

In East Africa, Kenya ranks as the most attractive, allocated to the political reconciliation after the disputed 2017 presidential election and the country’s sustained consumer demand.

Second placed Rwanda is being rated as one of Africa’s fastest growing economies which has more than doubled the efficiency of its business environment in less than a decade with the government investing deliberately in domestic industries.

In ranking, Tanzania is considered as third in the region, the report cites government tax breaks, development of special economic zones, investment in public infrastructure and growth in the services sector as incentives for foreign investors.

Whereas, Egypt, which is Africa’s largest beneficiary of foreign direct investment, has the largest consumer market in the Middle East and North Africa.

Continent-wise, Egypt has maintained the top spot as the most attractive investment hub for the second year in a row, suppored by its growing consumer market, boosting availability of hard currency, exchange rate stability, a diversified economy and balanced improvement in business environment, especially investment-related legal reforms.

It is followed by South Africa, Morocco and Ethiopia, with Kenya, Rwanda and Tanzania in fifth, sixth and seventh place respectively.

“Egypt’s economic activity achievement continues to rule that of South Africa, as the latter's growth forecasts and the size of its economy are humble to Egypt’s. This has weighed down its investment scoring,” says the report.

In 2018, Egypt, Nigeria and South Africa were the three largest markets in Africa in terms of GDP, and they are expected to retain these positions.

Together, the three markets make up almost 50 per cent of Africa’s estimated $7 trillion market.

As per the report, a pick-up in growth momentum in Africa and improving individual functional environments are key to attracting foreign investment to the region.

“And investors being even more enlightened about which emerging and developing markets to invest in, reveals the urgent need for governments to prioritise competitiveness-expanding business-environment reforms,” says the report.

The country's urge of doing business has been raised by its developed infrastructure, healthy, well-educated workforce, the well organized goods market and strong institutions.