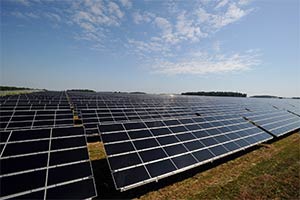 EDP(Energias de Portugal) are one of Europe’s biggest energy operators. Through the A2E (Access to Energy) CSR Fund, EDP will support six sustainable and clean energy projects in East Africa in Kenya, Tanzania, Mozambique and Malawi.

In this first phase, EUR 450 thousand will be used to promote access to energy in remote rural areas with no electricity grid connection, with the aim of alleviating energy poverty in developing countries. These initiatives will impact the lives of 55,000 people, 10,000 of whom will be directly affected.
The institutions selected based on crtieria such as social impact, partnerships, sustainability, potential for expansion and number of beneficiaries will receive funding of EUR 25 to EUR 100 thousand and commit themselves to implementing their projects by the beginning of next year. These institutions operate in the areas of education, health, water and agriculture, business and community.
“In the first edition of the Fund, six projects in East Africa were selected from 108 candidates from all over the world,” António Mexia, told the president of EDP.
In Kenya, the SAVIC Africa and the Co-operative Bank Foundation have been chosen.UN - Habitat and Girl MOVE have been supported in Mozambique.The Energía Sin Fronteras Foundation and the Sustainable Investment and Development Initiative were selected in Malawi  and in Tanzania  the Sustainable Investment and Development Initiative were picked.
The "Energy for a Better Future" program of the Girl MOVE Academy will create a 30 kWp solar power plant for ECOCampus and the IT center of the institution in Mozambique in order to increase the number of hours of training and contribute to the development of a new generation of female leaders.
In two schools affected by natural disasters in Mozambique, UN-Habitat will build solar energy systems to supply 12 classrooms. In addition to promoting education access for 1300 people, the initiative also includes installing emergency alert systems, internet access and charging stations that could generate income for schools.
In 12 schools in Kenya, the Co-operative Bank Foundation will install solar greenhouses with a capacity of up to 100 kWp in irrigation systems to ensure adequate food supply throughout the year. In addition to 6,000 people having access to energy, the crops will be used to meet students ' nutritional needs, while the surplus will be sold in local markets to improve students ' agribusiness skills.
SAVIC Africa's OKAPI Green Energy project will aim to build a 12 kWp photovoltaic mini-grid at Kakuma Refugee Camp in Kenya with smart metering technology to supply electricity to 150 households and 50 commercial customers with a total of 800 direct beneficiaries and 18,000 indirect customers. The objective is to improve access to health, education, income generation and training in entrepreneurship.
Fundación Energía Sin Fronteras will provide photovoltaic panels to electrify the buildings of the St. Mary Rehabilitation Center in Malawi, enabling 24-hour medical care and drinking water for 130 orphans with HIV.
In Tanzania, a photovoltaic mini - grid will provide access to energy for 1,500 fishermen and commercial and public outlets on a remote island through the Sustainable Investment and Development Initiative (SIDI).
António Mexia asserted that the projects have a direct impact “on the lives of thousands of people” creating a “very interesting multiplier effect“. “There are studies that prove that every dollar invested in access to energy has a multiplier of 15 times“, translating into a return of $ 15, he said.
The second edition of this project is scheduled to be released later this year.
According to António Mexia, EDP is still attentive to Africa in its quest for "decentralized management model".
The EDP official said that centralized framework, with broad networks, is “relatively expensive to reach dispersed populations and management of collection was often called into question “, compromising the financial return on investments.
Decentralized systems, on the other hand are sustainable, relatively cheaper and are good alternatives to the highly polluting equipment that uses firewood, diesel or oil.
Without announcing any potential acquisitions, Mexia said EDP wants "very focused businesses" with "well - resolved" economic and financial management and end - user contact, without country restrictions.