Tanzania paints a bright outlook for 2018 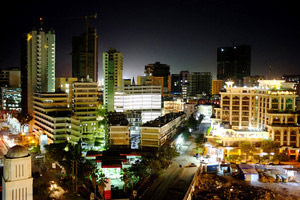 State-run National Bureau of Statistics (NBS) said that faster growth in mining, natural gas and construction activities propelled Tanzania’s economy higher in the third quarter of 2017. East Africa’s third-biggest economy grew 6.8 per cent year-on-year in the third quarter compared with 6.2 per cent in the same quarter in 2016.

According to the NBS, Economic activities that have been boosted at significant rates were mining and quarrying, water supply, information and communication, transport, storage and manufacturing. In contrast the World Bank cut its forecast for Tanzania’s full-year GDP growth in November to 6.6 per cent against government’s revised growth target of 7.0 per cent, due to slowdowns in public spending and growth of credit to the private sector. However sources said that the growth in the mining and quarrying sector was largely driven by an increase in natural gas production, diamond and coal output. The agency said that gas production increased to meet the demand of gas for power generation.  Coal production increased in the quarter under review on account of the government ban on coal imports.

Diamond output nearly doubled to 88,943 carats in the third quarter compared to 47,586 carats previously due to expansion in mining activities, while coal production rose to 129,781 tonnes from 68,302 tonnes. Offshore gas discoveries have attracted more investors, both in the energy industry and other sectors who are looking to find a foothold in an ever expanding market.

Despite having reserves of over 57 trillion cubic feet of natural gas, Tanzania faces a chronic power shortage due to its reliance on hydro-power dams in a drought-prone region which produces only about a third of its 1,570 MW of installed capacity. The government wants to add about 2,000 MW in gas-fired generation by 2018 to industrialize the economy.

The power demand in the nation of 50 million currently outpaces supply. Tanzania’s annual GDP growth rate averaged seven over the past five years, making it one of the 20 fastest growing economies in the world and beating the Sub-Saharan Africa average GDP growth rate of 4.4 per cent during the same period.