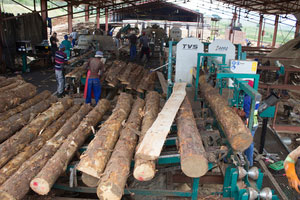 According to a new study by South Africa’s Rand Merchant Bank (RMB) Kenya, Rwanda and Tanzania will be among Africa’s most attractive investment destinations in 2019. The RMB Investment Attractiveness index scrutinizes countries’ economic and operating environments to assess their potential to attract investment.

Their report, 'Where to Invest in Africa 2019', is a key indicator of Africa’s overall business environment which has improved significantly in the past decade despite battling financing, corruption, inadequate infrastructure and weak governance in many countries.

In the overall assessment Egypt has retained the top spot as the most attractive investment destination for the second year in a row, boosted by its growing consumer market, increased availability of hard currency, a stable exchange rate, an economy that is diversified and a steady improvement in the internal business environment, particularly with respect to investment-related reforms.

This is followed by South Africa, Morocco and Ethiopia, along with upcoming leaders Kenya, Rwanda and Tanzania in fifth, sixth and seventh place respectively.

East Africa as a region has been specially noted as the best performing, the region recorded a 82 per cent increase in the number of Foreign Direct Investment(FDI) projects last year compared to previous years. The region performed stronger than others across the continent, attracting 30 per cent of the continents total FDI with 197 projects.

The regional trade in natural forest timber is increasing, reaching millions of dollars’ worth over the last 10 years. All of the countries in the East African region import timber and other forest products along with fittings and other machinery. Most of the countries also import processed forest products including paper, plywood & fibreboards, furniture, doors, fittings and joinery. China, India and the UAE have been the major suppliers of timber, wood related products and machinery, selling increasing volumes into the region. South Africa being an important player in this sector also supplies significant amounts of some of these products to countries in the region.

Ethiopia has emerged as Africa’s fastest-growing economy and has successfully managed to nurture its comparative advantage, particularly in agriculture and manufacturing The demand for goods and services is rising significantly thanks to a gigantic market size of about 100 million people. In Ethiopia, consumer products and retail (primarily textiles), real estate, hospitality and construction sectors are collectively responsible for the surge in the economy and FDI.

Kenya ranks as the most attractive. Much of the progress is attributed to the political reconciliation after the 2017 presidential election and the country’s sustained consumer demand. Kenya reported a 68 per cent increase in inward investment projects last year thus posting a strong case for a potential domination.

Kenya has a large manufacturing base and is a strong economy in the region. The country has been experiencing a building boom for several years, which has led to a high domestic demand for wood products, especially timber.

Kenya has an influential role in East Africa’s timber trade. Most of the hardwood timber from other countries in East Africa is imported to Kenya, with very little Kenyan wood exported. The main products imported into Kenya are timber, poles, charcoal and furniture.

Rwanda is second placed and is rated as one of Africa’s fastest growing economies and ranks as one of Africa’s most business-friendly destinations. The tiny nation has more than doubled the efficiency of its business environment in less than a decade. The main driving factor has been the government  large-scale investments in domestic industries and the fact that Rwanda has pursued a long-term economic reform agenda over the years and is expected to continue outperforming other countries in attracting foreign direct investment.

Tanzania placed third in the region, has seen significant overhaul of the business environment thanks to  government tax breaks, development of special economic zones, investment in public infrastructure and growth in the services sector working together as incentives for foreign investors. Tanzania also posted a steep increase in projects supported by FDI.

The wood based forest industry in Tanzania is dominated by sawmilling, furniture and other processed wood products. The number of registered mills increased from about 140 in 1998 to 367 in 2005 and has only registered a constant growth since. Tanzania’s domestic demand for hardwood timber is about 150 000 m3 per year (Anon., 2011b), and this accentuates the need to import hardwood timber. The value of imports has been increasing over the last eight years.

The recent opening up of the telecoms, shipping, power generation and aviation sectors to foreign investment will also prove to be a further boost to investor interest.

Investors being even more discerning about which emerging and developing markets to invest in, forces the urgent need for governments to prioritise competitiveness-enhancing business-environment reforms. The regions ease of doing business has been boosted by its developed infrastructure, a healthy and well-educated workforce, the most efficient goods market and strong institutions. A largescale rise in growth momentum in Africa and improving individual operating environments are key to attracting foreign investment to the continent. The outlook for intra-regional co-operation also looks bright.  The ongoing framework acceptance of the African Continental Free Trade Area is expected to provide the required boost to intra-regional trade, investment and integration.