Kenya beginning construction of the largest dam in East Africa 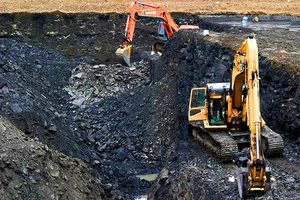 Kenya is on it's way to construct the the largest dam in East Africa. Thwake dam will be constructed in the Eastern part of the country.

On 15th Nov 2017, the government signed a Ksh.36.9 billion contract with Chinese contractor China Gezhouba Construction Group Corporation, paving way for work to start. As a part of the Vision 2030 initiative, this project is jointly funded by the Kenyan government and the African Development Bank and will take 56 months to complete.

Irrigation minister Eugine Wamalwa said, "Thwake Multipurpose dam in Kitui and Makueni area will provide134 million litres of water daily". This largest dam in East Africa will also provide electricity and water for irrigation purposes along with providing water for domestic use. Once complete, it will be 77 M high and 22 Km long, appearing like a lake.

Wamala also said, "This is one of the mega dams we are doing around the country. Over 60 dams are under construction across the counties which are aimed at improving water services in the country to 80 per cent by the year 2020,”

Already, 90 per cent of compensation for land has been done and the rest are set to be compensated before the project officially commences. The need for dams in Kenya emerged early this year when the country was subjected to water rationing due to prolonged droughts in Kitui and Makueni area and this is where the dam will be located.

Kitui County Governor Charity Ngilu pledged 100 per cent support of this project and said that the dam will be a game changer in the region.