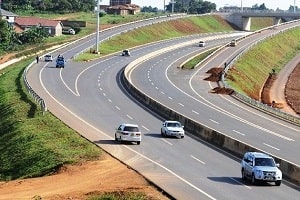 The process of constructing 460 km Coastline Transnational Highway in Kenya has officially begun by the National Highway Authority (KeNHA) of Kenya. The authority has rolled the tender for a part of the project that includes 13.5 km Mombasa - Mtwapa road, and the 40.4 km Mtwapa - Kwa Kadzengo - Kilifi road in an advertisement.

Along with it, the project also includes the construction of a market for roadside traders along the Mombasa - Mtwapa - Malindi highway as authority demolished the existed market 18 months back. Currently, the National Highway Authority is looking for consultancy services for the review and construction supervision of the project.

The Coastline Transnational Highway project, which is also known as the East African Coastal Corridor development project, covers Lunga Lunga-Mombasa-Mtwapa-Malindi in Kenya and Bagamoyo-Tanga-Horohoro in Tanzania.

The project will dramatically improve road transport along the coastline of Keny and Tanzania. It is intended to boost the regional integration between the two countries, facilitate the cross border trade and increase the socio-economic development of the regions.