Kenya to construct four waterfronts in the Coast, Western and Rift Valley regions to boost tourism 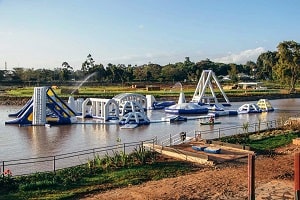 The government of Kenya is planning to construct four waterfronts in Western and Rift Valley regions, and along various water bodies in the coast said by Tourism CS Najib Balala. The big move comes intending to increase tourism in particular regions along with the country as a whole.

Balala said that the government of Kenya has set aside funds for the planned projects after the completion of Mama Ngina waterfront in Mombasa County. Mombassa will get another waterfront at the Jomo Kenyatta public beach due to frequent visits of thousands of residents, while the other waterfronts will be constructed in Naivasha, Malindi, and Kisumu.

The waterfront in the Naivasha will be constructed in the land owned by Kenya Wildlife Service, which will be situated near the lake. He wasnâ€™t sure about the locations in Malindi and Kisumu but promised to declare very soon.

He confirmed that they are working with the government to implement the projects within the shortest possible time, and also working on security measures for making the waterfronts safe before opening to the public.

Waterfronts make the location beautiful, which not only makes the tourism boost but also helps residents to spend quality time. Balana believes that these waterfronts will make tourism rich in the locations, which ultimately help Kenyaâ€™s economy to grow.