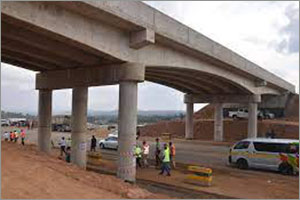 Expansion works on the US $2bn Rironi-Mau Summit highway in Kenya is set to begin in September this year. This is according to Transport Cabinet Secretary James Macharia.

â€œWe are set for expansion of the Rironi-Maai Mahiu-Naivasha highway this September.  It will improve connectivity between Central and Eastern Kenya and the Rift Valley and Western Kenya regions, and will reduce congestion on the Northern Corridor,â€ said CS Macharia.

The Rironi-Mau Summit highway is set to be Kenyaâ€™s first toll highway outside Nairobi County. The country signed the tolling concession pact with a consortium of French firms under Rift Valley Connect led by Meridiam Infrastructure Africa Fund to unlock the funding of the road.

The billion dollar road project is also key segment of the Northern Corridor expected to significantly cut the travel time for both people and goods, reducing the cost of doing business time between Nairobi and Mau Summit.

The project involve expansion of 175Km road from Rironi to Mau Summit into a four-lane dual carriageway and re-carpeting of Rironi â€“ Mai Mahiu â€“ Naivasha Road. Under the PPP, the private sector will raise finances for the road project, design, construct, maintain and operate the road on pre-agreed standards and specifications. This will be the second road the country has signed PPP on after it handed over the JKIA-Westlandâ€™s Expressway to China Road and Bridge Corporation. The concession for the road is within a time frame of 30 years.

French firm Meridiam Internationa was awarded the projectâ€™s tender by the Kenya National Highways Authority (KeNHA). Others in the consortium include Vinci Highways SAS and Vinci Concessions SA. The road project is set to complement the standard gauge railway (SGR) services between Naivasha and Malaba Border upon completion.