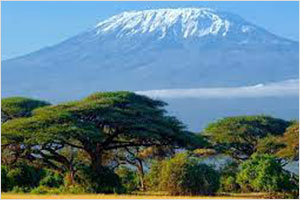 East Africa has more than $435 billion of active projects, of which $221 billion are under construction.  A fast-growing population that will increase by 25 per cent over the next ten years drives the demand for infrastructure development.

East Africa consists of 20 countries and a combined population of 455 million. Over the next ten years, growing at more than 25 per cent, East Africa's population will cross 570 million. One hundred and fifteen million more people than today. Significant investment is required to develop infrastructure to create opportunities for employment and development.

There are currently more than $435 billion of active projects in East Africa. Roughly half of this, or $221 billion, is under construction. Kenya has the largest share of active projects, with close to 22 per cent of the market share by value. Uganda and Mozambique are in second and third place with 20 and 15 per cent respectively. The real-estate sector is the most active with 25 per cent of the projects, followed by the energy and oil and gas sectors with 23 per cent each in second and third place.

Developed by the Konza Technopolis Development Authority, the city will cover more than twenty square kilometres and take more than a decade to complete. The largest project in Kenya with an estimated budget of more than $14.5 billion.

Developed through a joint venture between ExxonMobil Development Africa, Eni, China National Petroleum Corporation (CNPC) and CNODC Dutch Cooperatief, the massive 15.2 million tonnes per annum liquified natural gas (LNG) project was due to reach a final investment decision in 2020. The FID has been delayed several times due to security concerns and the impact COVID-19 had on hydrocarbon markets.

Batoka Gorge Hydro Electricity Scheme (BHES) is a 2.4GW hydroelectric project located on the Zambezi River between Zambia and Zimbabwe, approximately 54km downstream of the Victoria Waterfall.  Developed by the Zambezi River Authority and constructed by the Power Construction Corporation of China and General Electric with a budget of more than $5 billion.

Also known as the Dar Es Salaam to Lake Victoria railway. This line is more than 1,450 kilometres long and constructed over five phases. It will handle more than 3 million tonnes of cargo and 1.1 million passengers every year. Developed by Tanzania Railways Corporation (TRC) and funding arranged by the World Bank Group and Turk Eximbank, contracts for all 5 phases have been awarded.  A joint venture between Yapi Merkezi, Mota and Engil is carrying out the construction work. Systra is the lead consultant.

Located in the Great Dyke, Mashonaland in Zimbabwe, the Karo Resources Platinum Mine Project will produce 1.4 million ounces of refined Platinum Group of Metals (PGMs) a year. The project is developed jointly by Karo Mining Holdings and the Zimbabwe Ministry of Mines and Mining Development. Tharisa arranged the project funding.