Investing in Africa is a wise business decision and a long-term company strategy. 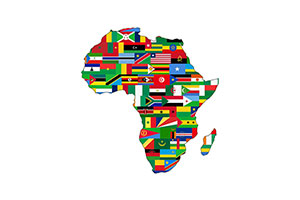 Now is the best time to make an investment in Africa. However, because overseas investment choices are frequently painstakingly overstructured, investors have not rushed to the region as quickly as expected. An important contributory component is too much risk. However, risks and profits go hand in hand; high-risk undertakings are typically correlated with larger earnings.

The world's most profitable continent is Africa. According to a report by the UN Conference on Trade and Development, Africa had the greatest rate of return on inflows of foreign direct investment between 2006 and 2011: 11.4%. Contrast that with Asia's 9.1% and Latin America and the Caribbean's 8.9% rates. 7.1% is the global percentage.

There are numerous examples of businesses that profit on Africa's tremendous profits: In 2017, the oil and gas industry alone generated $33.2 billion in revenue for Sonatrach, $10 billion for MTN Group, and $4.1 billion for Dangote Group. Due to a number of causes, businesses in Europe, North America, Asia, and Latin America must invest in Africa in order to support the continent's economic development.

The chances for economic growth in Africa are among the best in the world. African nations Ethiopia, the Democratic Republic of the Congo, Cote d'Ivoire, Mozambique, Tanzania, and Rwanda are six of the top 12 fastest-growing economies in the world. Additionally, the IMF predicts that between 2018 and 2023, Africa will have some of the best economic prospects globally. Undoubtedly lucrative investment prospects exist for international corporations in the banking, telecommunications, and infrastructure sectors, which are among the drivers of the continent's present economic growth.

A powerful market exists in Africa mainly to its expanding, young population, which contrasts with the majority of other regions' ageing populations. By 2100, the population of the continent is expected to have quadrupled, rising from 1.19 billion people in 2015. 200 million Africans entered the consumer goods sector in 2015 alone. To fully utilise this expanding market, Africa's structural economic reform must be actively pursued.

Africa has one of the largest potentials for labor-intensive industrialization in the world, especially for its young population, which also lowers production costs and produces benefits that significantly outweigh the costs of doing business there. In comparison to the USD 10.49 in the UK, the USD 7.25 in the USA, and the USD 6.57 in Japan, the average hourly salary in Africa is less than 50 cents (for instance, it is $0.27 in Mozambique, $0.34 in Nigeria, and $1.62 in Morocco). By involving more international businesses, Africa may be able to increase wage rates, enhance the effectiveness of the labour market, and produce more resources for those who are behind in ag

To increase foreign investment, African nations should build on this encouraging trend. This involves addressing corruption, enhancing safety and security, strengthening the macroeconomic environment, investing in high-quality education and skill development in science, technology, and innovation, and avoiding the "race to the bottom" syndrome, which grants unnecessary tax holidays and waivers to foreign businesses.

For foreign investors, making investments in Africa is a wise business and a successful company strategy. Governments in both developed and developing nations as well as the business sector should take advantage of these profitable new investment opportunities. A key component in attracting FDI is using official development aid to boost and de-risk the investment climate in Africa. It is commendable that Japan's Nippon Export and Investment Insurance (NEXI) initiative, which insures a facility in Ghana, be scaled up and backed by other parties.

Foreign businesses can invest in Africa as the Sustainable Development Goals (SDGs) are implemented. There are many excellent examples, including the insect-proofing mosquito nets developed by Sumitomo Chemical that are assisting in the fight against malaria, the desalination of seawater developed by Sonatrach, JGC, and Hitachi that is accelerating access to clean water, and the weather index insurance developed by Commodity Risk Management Group and Sompo Japan Niponkoa that is assisting in the fight against climate change. Each SDG in Africa presents chances for international businesses to invest as well as business solutions.

In order to reduce risk and enhance the investment climate on the continent, the UN Development Programme (UNDP) collaborates with African governments and private sector organizations. Among UNDP's initiatives are the creation of industrial plans and clusters, the promotion of special economic zones, the improvement of energy access, the facilitation of creative finance, the support of investment promotion through the International Conference on the Emergence of Africa.

Now is the ideal opportunity to make an investment in Africa.