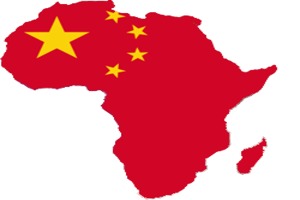 China and Africa’s relationship has been growing in leaps and bounds in recent times, especially in the field of renewable energy. Both countries are looking to use this avenue to its fullest potential, in an attempt to curb the problem of global warming.

Seyni Nafo,the current Acting Head of the Independent Delivery Unit with Africa Renewable Energy Initiative described how Africa are  in a unique position to maximize their potential in the field, while also expressing the hurdles involved in doing the same.
In recent times the China-Africa Renewable Energy Cooperation and Innovative Alliance and AREI, signed a Memorandum of Understanding where both sides decided to cooperate in the generation of renewable energy in Africa. It was decided that Chinese smart grid providers would undertake technological and financial support along with Chinese core renewable energy manufacturers.
Initial projects include helping build micro-grids in some African households and villages, in combination with large-scale power construction.
This move is expected to better deploy as well as distribute renewable energy technology in Africa. This is part of China’s technology transfer efforts advocated by the United Nations Development Program.
“The MOU indicates a shared vision to combat climate change as well as promote sustainable development. This is mainly because the purpose for renewable energy is to function as a central pillar of China-Africa collaboration on climate issues,” Nafo said.
“Furthermore, the majority of developing countries now have climate policies. “Mobilizing adequate resources to support the implementation of their climate strategies is the biggest challenge they face,” Nafo added.