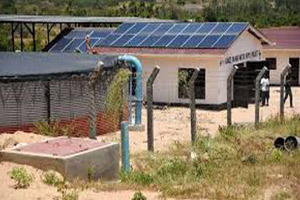 The results-based financing (RBF) and debt facilities under the KOSAP are financed by the World Bank and enforced by the Ministry of Energy alongside the Kenya Power and Lighting Company (KPLC) and the Rural Electrification and Renewable Energy Corporation (REREC). They are in the process to make sure that counties that do not have access to the grid and are been classified as marginalized by Commission of Revenue Allocation (CRA) are not lacking behind and receive energy through off-grid solutions.
“The country has made great strides in attaining connectivity with access to electricity standing at 75 per cent through both grid and off-grid options. However, access to electricity is less in the 14 marginalised counties, which represent 72 per cent of the country’s total land area and 20 per cent of the population. The diffusive settlements in the marginalized counties make off-grid solutions the only viable alternative for access to electricity,” said Dr Joseph Njoroge, principal secretary, Ministry of Energy.
Through financing from the World Bank of US$150mn, KOSAP looks to overcome these threats and establish viable off-grid solutions for areas that are too far for the national grid to be economical. The project targets 277,000 households (approximately 1.3 million people from the 14 marginalized counties). This will be realised through the construction of about 151 mini-grids in the target counties as well as the installation of stand-alone solar systems under the financing launched today. The project further aims replacing 380 diesel pumps with solar for drinking water and expects to facilitate the provision of 150,000 clean cooking stoves in West Pokot, Turkana, Marsabit, Samburu and Isiolo.
The RBF and Debt Facilities specifically aim to establish long lasting supply chains for marketing and sales of solar home systems in KOSAP counties. The Facilities are in three parts:
• US$12mn solar service providers results-based financing (SSP RBF Facility)
• US$30mn solar service provider’s debt facility (SSP Debt Facility)
• US$5mn clean cooking solutions challenge fund
The US$12mn SSP RBF Facility strives to encourage the growth of upcoming solar companies where possible and to set a foundation for established solar operators to enter debt investments and further scale-up operations in these counties. The US$30mn SSP Debt Facility is set to allow private sector SSPs to borrow money for achieving inventory to sell in KOSAP counties as well as to boost consumer financing to households to purchase the products, for instance through Pay-As-You-Go technology. The clean cooking solutions challenge fund aims to strengthen the uptake of clean cooking stoves to mitigate the environmental degradation and economic and health concerns that arise from the use of low-efficiency stoves.