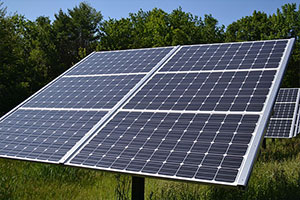 New Kenya Cooperative Creameries has recently concluded the initial phase of a tender to purchase electricity from a solar facility that will be constructed at its new KCC Sotik Factory. The installation is likely to cover around 40% of the siteâ€™s power needs.

Kenyaâ€™s largest dairy producer will buy power from a project featuring both ground-mounted and rooftop PV arrays. The selected developer will finance, own and operate the plant and will sell all of its output to New Kenya Cooperative Creameries under a power purchase agreement.

The company currently covers around 69% of its energy needs with electricity from utility Kenya Power and Lighting Co. (KPLC). It generates the remaining percentage internally with a 500 KVA standby generator.

In September 2017, Kenyaâ€™s Energy Regulatory Commission launched an initiative to assess the status of solar in Kenya. It said at the time that it aims to expand the nationâ€™s installed solar generation capacity, while identifying factors that stand in the way of deployment. It also recommended measures to enhance the use of PV, as the government has been criticized for failing to prioritize solar.