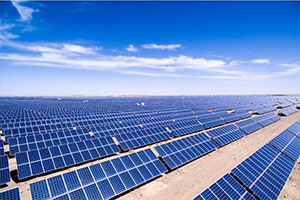 The Marco Borero Company has recently closed the financing for its solar photovoltaic project in Nyeri in central Kenya. The solar power plant that will be linked to the grid will have a capacity of 1.5 MWp.

The Nyeri solar project is now arriving at the construction phase. Marco Borero Company lately completed its financing with the partaking of numerous financial institutions, together with the Renewable Energy Performance Platform (REPP), a platform devoted to renewable energy financing financed by the British government. Marco Borero Company has also received financial backing from Sunref, the green finance label of the French Development Agency (AFD) which aims to work with local banks for green growth in low income countries.

Sunref invested $1.8 million in the Nyeri solar project through the Co-operative Bank of Kenya. With recent funding of $355,000 from REPP, Marco Borero Company has completed the financing and started work on the project site, including the foundations for the construction of a transformer to convert the electricity generated by the future solar photovoltaic plant.

The 1.5 MWp facility will be built by the Indian company Astonfield Solar under an engineering, procurement and construction (EPC) contract. The solar farm is expected to be commissioned by December 2020, according to the schedule set out in a Power Purchase Agreement (PPA) with the state-owned Kenya Power (KPLC).

"Once operational, the solar power plant will contribute to Kenya's NDC (nationally determined contributions) target to reduce its greenhouse gas emissions by 30 per cent by 2030. The project will also contribute to local capacity building with the first promoter, who wants to develop a pipeline of renewable energy projects in the region," explains REPP.

The Marco Borero Company developing the Nyeri solar project is owned by Henry Maina Kanyua and his wife, Faith Nzilani Maingi. The projects of these Kenyan investors contribute to the achievement of the Kenyan government's ambition to produce the electricity consumed in the country from renewable sources.