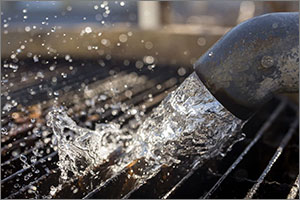 Kenyan water utility Nyahururu Water and Sanitation Company (Nyahuwasco) has kicked-off a tender for the construction of a solar power plant at 1 of its water treatment facilities.

The company operates in the Laikipia West sub county of Laikipia County, in central Kenya, and is fully owned by the County Government of Laikipia.

The selected developers will be responsible for designing, financing, and constructing the solar plant, as well as for the entire permitting process.

According to a new study by researchers at Mohammed V University in Rabat, Morocco, reverse osmosis for water treatment can be maximised at lower energy consumption by powering it with solar PV. In this paper, the scientists showed that the combination of reverse osmosis with PV power generation can help to improve the rejection of chlorophenols in the water treatment process.

One study from the University of California, Berkeley, has illustrated the potential advantages and challenges of using PV to power electrochemical water treatment. These researchers analysed how the use of solar power could increase the competitiveness of electrochemical approaches such as electrocoagulation, capacitive deionization, and electro dialysis and electrode ionization. The 4 methods examined, according to the scientists, are not as capital intensive as traditional large scale water treatment centers while also being modular, portable and energy efficient. The use of solar could also make smaller electrochemical facilities suitable for desalination of brackish water in remote regions.