Over 2000 Pupils Benefit From Solar Devices in Garissa 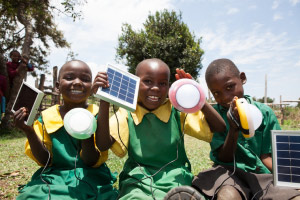 At least 2000 children from 1700 households in Garissa County have benefited from the Mwangaza Mashinani Programme which is targeted to improve the wellbeing of children and their families particularly with regard to health and educational performance.

The programme, which is financed by UNICEF and implemented by Garissa County Government, has been providing vulnerable families with Sh4, 000 twice a month to purchase solar powered lighting devices.

Speaking during a ceremony to mark the end of phase II of the program, County Secretary Abdi Sheikh, said the program was a demonstration of the government commitment to ensure vulnerable households not only get access to electricity, but also adopt clean energy solutions.

â€œThis project has shown us that improving affordability for solar lanterns and solar home systems impacts the recipientsâ€™ sense of ownership and quality of life for children and their families,â€ Sheikh said.

Energy CEC Habon Maalim said that her department will continue to partner with development agencies and the private sector in enhancing the distribution of Solar Home Systems to selected school going children under the age of 14 years living in off grid areas.

â€œThe provision of solar home systems will continue to encourage the pupils, especially girls, to stay in school and equally reduce school drop out for both boys and girls,â€ Maalim said.

Youth, Women and Culture CEC Zeinab Digale lauded the impact of the program saying unlike the kerosene lamp which is used in most of these homes, the environmentally friendly solar powered devices had brought improved health and economic benefits to the women, young children and elderly recipients.

UNICEFâ€™s Susan Momanyi said that the program, which was also being implemented in Kilifi County, had been transformative in raising the performance of pupils from beneficiary households and called on the respective county governments to adopt and scale up the program.