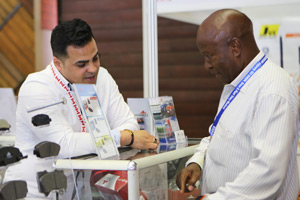 The automobile industry in Tanzania is growing, supported by growing incomes, improving urban infrastructure and the supply of cost-effective vehicles by Asian manufacturers. This sector of Tanzania gives ample opportunities to other countries to enter the market.

There has been strong prediction that there will be growth close to 3% per annum in vehicle sales in Tanzania over the period of 2018. As per the statistics of the Tanzania Automobile Association (TMA), on an average Tanzanians buy around 4,500 light vehicles.
Keeping the Tanzanian auto sector relevant to emerging realities facing carmakers – ranging from a nascent revival in demand to leveraging technology for innovation and tackling environmental concerns – is the backdrop against which the 20th AutoExpo Tanzania 2017 is being organized this year.
A market with huge opportunities will bring to you 20th AutoExpo Tanzania 2017 where more than 100 exhibitors from 28 countries will showcase their latest wares to thousands of trade buyers and decision makers from throughout India, Africa, and further afield.
Taking place from August 16 to 18 at The Mlimani Conference Center, the annual three-day event will arrive with the biggest aftermarket brands on-board, spread over 15 product categories, Body and Spare parts; Batteries; Tires; Garage Tools and Equip; Oil/Lubricants to name a few..
With more than 200 exhibitors combined, Body and Spare Parts, and Commercial Vehicles comprise the largest portion of AutoExpo Tanzania, and features global stalwarts such as Quality Motors limited-Tanzania, Diamond Motors limited (Hansa group)-Tanzania, Jai Auto Industries- India and one of the most prominent exhibitor from last year Hyundai East Africa LTD to name a few.
Mohammad Ali Khan Bangash Business Development Manager - TAG LUBRICANTS LLC, UAE gave us his feedback from last year’s Exhibition he said “We are totally satisfied – not only with the number and quality of the visitors. We got a lot of amazing feedback for our production from the market which is about to lead towards us. This positive confirmation makes us smile.
Hussein Dewji Director - SIMBA TRAILERS, Tanzania said “We made many relevant visitor contacts. This is the main reason for us to exhibit at AUTOEXPO AFRICA. It’s the most important show of the branch in Tanzania.”
Mr. Mehboob Karmali, CEO of Hyundai East Africa LTD said, "Hyundai East Africa who plans on increasing her market share by 7% over this year, felt the AutoExpo would be the right place to once again showcase our products. Hyundai was able to witness a growth in inquiries during the event, which eventually led to future customers."