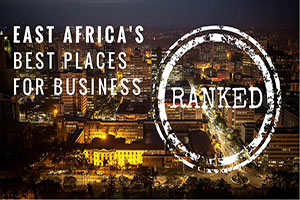 Report from Rand Merchant Bank (RMB) has forecasted that Kenya, Rwanda, Ethiopia and Tanzania will be among Africa’s most attractive investment destinations in 2019.

East Africa being a performing region in last few years has recorded more than an average growth in the number of Foreign Direct Investment (FDI).
Justifying to the report, Ethiopia being Africa’s fastest-growing economy, has successfully emerged to promote its comparative advantage, greatly in agriculture and manufacturing, and its demand for goods and services is increasing remarkably given a market size of about 100 million people.
Kenya with its progress is ascribing to the political reconciliation after the 2017 presidential election and the country’s maintained consumer demand. With a growth by 68 per cent, Kenya has increased inward investment projects last year thus posting a strong case for a potential domination.
Rwanda being a business-friendly destination has more than doubled the efficiency of its business environment in less than a decade. This small country has pursued a long-term economic reform agenda over the years and is expected to continue exceeding other countries in attracting foreign direct investment.
Tanzania acquires third in the locale, the report refers to government tax cuts, advancement of special economic zones, and investment in public infrastructure and growth in the services sector as motivations for foreign investors.
countries including Egypt, south Africa, morocco and Ethiopia has been grown tremendously with respect to the investment, boosted by its growing consumer market, increased availability of hard currency, a stable exchange rate, an economy that is diversified and a steady improvement in the internal business environment, particularly with respect to investment-related reforms the other upcoming countries like Kenya, Tanzania and Rwanda are also in row to great development.
Investors being even more discerning about which is the emerging and developing markets to invest in, forces the urgent need for governments to prioritise competitiveness-enabling business-environment reforms. The regions satisfaction of doing business has been boosted by its developed infrastructure, a healthy and well-educated workforce, the most efficient goods market and strong institutions.