Kenya- Cheaper Night Power Tariff To Be Introduced In December 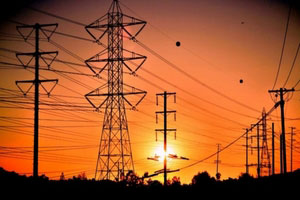 Next month Kenya will cut tariffs for power by up to a third for manufacturers and large businesses that shift their operations to late night hours.

The Energy Regulatory Commission (ERC) said on December 1 discounted tariffs will be offered for industrial and commercial power users who operate from 11 pm to 5 am, a window within which demand is low.
The energy charge billed by Kenya Power for commercial consumers metered at above 11 kilovolts (kV) will decrease by a third to Sh5 per kilowatt hour (kWh) from Sh7.50 per unit.
Commercial users who are metered at between 450 volts to 11 kilovolts will be paying less.
The energy regulator expects industrialists to lower costs on to consumers in form of cheaper commodities.
"The introduction of the night tariffs will help promote industrial and commercial growth in Kenya while maximizing on the surplus energy available at off-peak hours," said ERC acting director-general Pavel Oimeke.
This initiative comes as the country is about to add 300 megawatts from the Lake Turkana wind power project, which is complete but delays to construct a transmission line have hampered efforts to connect the power to the national grid.
Demand pressure during peak hours to ease off a bit as manufacturers shift to night time production, which often forces Kenya Power to switch on the expensive diesel generators to stabilize the supply.
The peak time stretches from 9 am and climaxes at between 6 pm and 9 pm when Kenyans return home from work switching on house lighting, cooking appliances, and TVs.
Shifting industrial production to night shift is one of the many options the State is pursuing to lower the cost of production that will ultimately cut the cost of consumer goods and make Kenyan products competitive in the global market.
In 1999/2000 the night tariffs system had also been introduced but squeezed Kenya Power's margins since all large consumers shifted to the off-peak times with the electricity distributor incurring heavy losses and had to be abandoned.