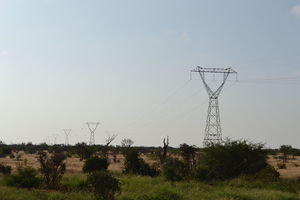 Kenya Power has plans to connect small and medium enterprises to cheap power. The new power tariff, which large manufacturers have started enjoying, will reduce the cost of power by half when producing during off-peak hours.

The power retailer is expected to install smart meters on the premises of its SME customers, which will enable them to take advantage of the tariff whose implementation began yesterday.
The tariff comes into effect following a directive by President Uhuru Kenyatta when he was sworn in on a few days ago.
Lowering power costs are expected to attract investors as well as help firms already producing in Kenya churn out more competitive products. Power cost is among the main factors that have had a heavy hand in pushing up costs of locally made goods when in comparison with many imports.
Large industries that are also heavy power users already have smart metres on their premises, which would make the implementation of the new tariff a lot easier. This is due to the automation and the fact that they are not labour-intensive.
Joseph Njoroge, Ministry of Energy Principal Secretary said there are plans to have SMEs on similar metres to enable them to benefit from the new tariff. This is expected to help the country in its bid to have a 24-hour economy.
“We want to move to the next category of industry, which is the SMEs. The only setback is that the metres on the premises of most SMEs are not smart. For you to be able to have off and on-peak tariffs, you need to have a smart metre which can sense and register the consumption and the time of that consumption,” said Eng Njoroge. He spoke yesterday during Kenya Power’s Annual General Meeting in Nairobi. “Kenya Power will put smart metres within SMEs over the next three or so months so that they too can benefit from producing at the reduced cost.”
The power retailer said it has installed about 15,000 smart metres as of June this year among large and mid-sized customers. This is, however, a small proportion of the tens of thousands of SMEs operating in the country and is relatively huge power consumers.
Njoroge said the Government and power industry players had put in measures to ensure that the tariff works.
“We already know how many units these consumers use and expect them to continue consuming the same volume but also project that they will engage in additional production during the off-peak hours but at half the rate,” he said.
Kenya Power CEO Ken Tarus added that there would be a surge in demand for power, with many firms currently producing way below their installed capacity, with some of the hindrances being the cost of energy. “
It is expected that manufacturers that are not on 100 percent to increase production,” said Dr Tarus. “We may see other manufacturers put in additional lines to take advantage of the tariff.”
Profit after tax for the year to June 2017 grew marginally to Sh7.26 billion from Sh7.19 billion over a similar period in 2016. The shareholders will get a dividend of 50 cents a share.