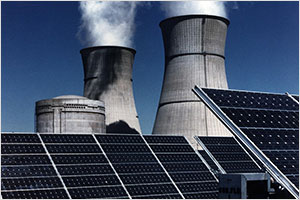 Kenya’s Ministry of Energy has released an updated power development plan, unveiling the nation’s energy strategy between 2017 and 2037.

Under the strategy, construction of the planned Sh968bn (US$9.6bn) nuclear power plant has been postponed by nine years.

The plant had been initially intended for building in 2027, but is now set for 2036 at the earliest. The first unit is anticipated to be built in 2036, followed by a second unit the following year.

The plant’s time frame marks it as the last project in the 20-year plan released by the Ministry of Energy.

The country will instead focus on renewable energy and coal power – with the nation being a leader in renewable generation in sub-Saharan Africa, especially geothermal electricity.

“All energy sources were considered in the system expansion planning. However, it is noteworthy that nuclear was not brought on board in both optimised and fixed MTP cases,” The Ministry’s plan reads.

The nuclear power plant will also be reduced in size, with the initial proposal outlining two plants, both with a capacity of 1GW and both costing Sh405bn ($4.05bn).

The revised plan notes that both plants will now have a capacity of 600MW and will each cost Sh484bn ($4.84bn).