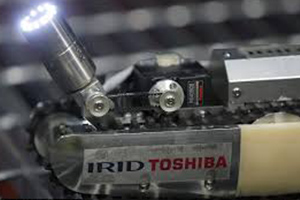 Toshiba Corporation has announced the establishment of its new branch office in Nairobi, Kenya, under Toshiba Africa, the company’s main subsidiary based in South Africa. The branch office will start operations from May.

Toshiba established subsidiary Toshiba Africa in 2014, and has been aiming on its business expansion in the sub-Sahara region. The company has since provided a wide range of products and systems such as Energy, Building and Digital solutions.
“Since the 1970s, Toshiba have supplied turbines and generators for 20 power plants across the African continent. Here in Africa, we are strengthening our focus on how we can contribute to the future, and that is why we are now opening this Toshiba Africa Kenya branch.” said Mr. Satoshi Tsunakawa, President and Chief Operating Officer of Toshiba Corporation.
The company said the new branch office in Kenya is placed strategically as an incubation hub for Toshiba to implement various innovations and be closer to its customers and partners as the company strengthen its presence in East Africa region.