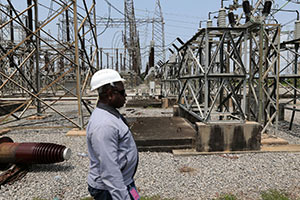 The UK government’s foreign investment tool, CDC Group, said it would provide more than $300m in a new business to expand electricity networks in Africa, which is one of the biggest hitches to economic development in the world’s indigent continent.

CDC chief executive Nick O’Donohoe said, Gridworks Company to get launched soon, and it will make funding in power transmission and distribution infrastructure, as well as off-grid electricity systems. Mr O’Donohoe said that, despite
decades of investment in generating capacity in many African countries, at least 600m people are without access to electricity because of absence of networks to transmit and distribute power.
Gridworks will help to lesson that gap, he added. The news comes as the UK seeks opportunities to strengthen its trading bond with Africa. CDC last year had promised to invest up to $3.5bn in the continent over the next four years.
The investment group’s only shareholder is the Department for International Development. Gridworks’ chief Simon Hodson called the new start a “natural evolution” of CDC’s previous investments in energy. CDC helped to establish Uganda’s
national electricity utility, Umeme, in 2005 and holds a 70 per cent stake in Globeleq, a leading African power producer with generating opportunities in Tanzania, Kenya, Cote d’Ivoire and South Africa.
The group also has holdings in Eneo, the national power utility in Cameroon, and a hydro project in Democratic Republic of Congo. Both will be handled by Gridworks, Mr Hodson said.
Gridworks aims to make at least $300m of funding in the next five years and CDC could provide further capital on favourable condition, Mr O’Donohoe said. While some African governments have invited private investment in power generation
projects since the 1990s, transmission and distribution infrastructure has traditionally endured in the hands of the state. That is starting to change, according to Mr Hodson.  “We’re at a tipping point and in 10 years from now I really
think you’ll see private sector flows into transmission projects evolving,” Mr Hodson said. The project has the backing of the UK government. “Gridworks is a great initiative using British expertise and finance to connect millions of
people across Africa to electricity,” said Harriett Baldwin, minister for Africa.