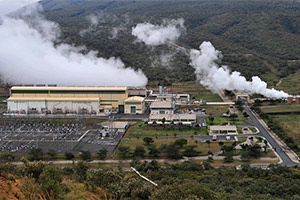 After KenGen, won a contract to drill geothermal wells for the Ethiopian Electric Power (EEP) in Aluto, Ethiopia this is the second project for in Ethiopia.

The project is being carried out in two phases; Phase I comprises the purchase of drilling rigs while Phase II entails the supplies of drilling services. KenGen is providing about 30 per cent of the components of Phase II which translates into about USD 6.2 Mn (about Ksh 620 Mn).

â€œAs top geothermal energy supplier in Africa, KenGen has been an inspiration to the region. TMGO is excited to become development partners with such a powerhouse; this agreement is a sign of mutual trust and obliging to advancing geothermal energy, which in turn encourages sustainable development in Ethiopia and Africa as a whole,â€ a statement from the signing said.

â€œSince beginning, the company has made considerable inroads in Kenyaâ€™s energy sector, growing over the years to the current sales market share of about 80% of the electricity consumed by Kenyans,â€ KenGen said in a statement.

â€œThis juridicial agreement is proof that African nations can work together in technology transfer, capacity building and skills development to support the continent in growing its geothermal sector,â€ it continued. The project is supported by finance from World Bank.

KenGen is the biggest geothermal producer in Africa and the 9th globally.