400kV Konza-Isinya Power Line to be constructed by Chinese Firm 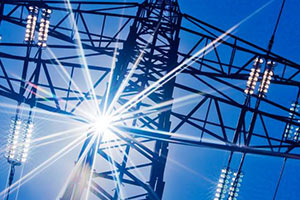 The project, which is being contracted in partnership with Kenyaâ€™s ministry of energy, is focused to ensure constant supply of power for the proposed smart city located in Machakos.

The Konza-Isinya transmission line, whose cost is yet to be published, is funded by China Exim Bank.

â€œThe construction of this (line) demonstrates our responsibility of creating tailored solutions that make the greatest difference to our client, Kenya Electricity Transmission Company, as well as the power transmission system in Kenya,â€ said China Aerospaceâ€™s Deputy GM Li Naihong.

Li noted that China Aerospace was working to support Kenya transform Konza into a Silicon Savannah that will contribute enormously to the countryâ€™s technological development.

Zhao Xiyuan, minister counsellor at the Chinese Embassy in Kenya, said China is committed to supporting Kenya in developing technology and attaining industrialisation.

He added saying, â€œThis project will be concluded and put into operation at an early date and it will be playing a crucial role in the actualisation of the Big Four agenda and the development of Konza Technopolis,â€

Keter noted that access to reliable power supply is the largest enabler of the Kenyan governmentâ€™s Big Four agenda.