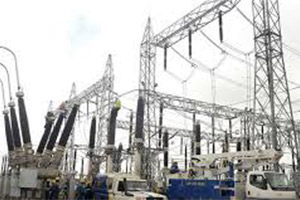 Heavy commercial power consumers in Kenya will have a sigh of relief as their end-month billing is set to be lesse due to manufactures and heavy power consumers will start getting charged less in the power bills after the Energy and Petroleum Regulatory Authority (EPRA) introduced a new class of tariffs.

As per the new tariffs, which was gazetted by the regulator earlier, commercial and industrial consumers metered by Kenya Power at 220,000 volts per post-paid billing period will pay Ksh.7.99 for every unit consumed.

The manufactures will further be charged Ksh.3.99 less for each unit of power consumed outside peak hours with the demand charge per kilovolt amperes (kVA) being set at Ksh.200.

This latest development will be music to the Kenya Association of Manufacturers (KAM) which has been especially vocal in calling for cheaper power warning out of reach power will harm the competitiveness of Kenyan goods against those produced by regional peers.

According to the industry lobby only a single digit tariff per kilowatt hour (Kwh) of consumed power can convey the desired sectorâ€™s contribution to Gross Domestic Product (GDP) of 15% by the year 2022.

The Energy and Petroleum Regulatory Authority (EPRA) has also come with a new formula where power plant developers will only be paid for the electricity they insert into the national grid.

EPRA says the â€œTake and Payâ€ model of power purchase agreement (PPA) between Kenya Power and investors, is much better than the â€œtake or payâ€model which has been the norm.

The main focus is to ease Kenya Powerâ€™s payment resposibility since the current take-or-pay model has for long forced the utility firm to pay private investors for power not discharge amid an oversupply in the country.