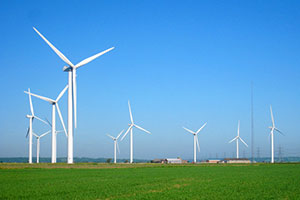 The major construction activities at the Kipeto Wind power project located at Esilanke area on the foothills of Ngong Hills in Kajiado county of Kenya has been completed following the completion of the installation of all the 60 wind power turbine generators by the US multinational General Electric (GE).

The Kipeto wind power plant is expected to have a capacity of 100MW and it will also be the second largest of its kind in the East African country after the Turkana Wind Power project.

This is a great milestone for the project as it puts the farm on track to be fully operational by the end of this current year, supplying Kenya Power and lighting companyâ€“ the national electricity distributor and retailer- with less expensive, renewable energy enough to power at least 40,000 homes, under a 20-year power purchase agreement signed in 2015.

The conception of the Kipeto wind power plant project

The Kipeto Wind Farm emerged as part of the US President Barack Obamaâ€™s â€˜Power Africaâ€™ initiative, which sought to add 30,000 megawatts of clean energy in sub-Saharan Africa.

At the beginning of 2016, Kipeto Energy Plc, a special purpose vehicle for the development of the project founded by Craftskills Wind Energy together with the African Infrastructure Investment Managers (AIIM), International Finance Corporation (IFC), and Kipeto Local Community Trust, contracted China Machinery Engineering Corporation to perform engineering design, procurement and construction of the wind farm at a contract price of over US$ 212M.

In December 2018, Actis LLP acquired the equity interests of both the IFC and the AIIM to become the largest shareholder of the Kipeto wind power project.

Within the same period, the project reached financial closure and GE was contracted to supply 60 GE 1.7-103 wind turbines for the farm.