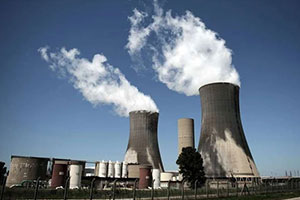 Kenya is set to build a $5 billion (Sh540 billion) nuclear power plant on a site in Tana River County over the next seven years with funding from private investors.

The Kenya Nuclear Electricity Board (KNEB) in a regulatory filing with the National Environment Management Authority (Nema) revealed that the plant with an initial capacity of 1,000 megawatt (Mw) plant would be constructed through a concessionaire.

The government looks to expand the plantâ€™s capacity fourfold by 2035 under a build, operate and transfer (BOT) model.

The KNEB plan will be subjected to public scrutiny before the environmental watchdog can approve it and pave the way for the project to continue.

Kenya views nuclear power both as a long-term solution to high fuel costs â€” incurred during times of drought when diesel generators are used and an effective way to cut carbon emissions from the power generating sector. The KNEB said private funding for the nuclear plant would ease the burden on Kenya's strained public coffers. The estimated cost of the nuclear plant is nearly half the governmentâ€™s annual tax collections.

"The financing aspect of the Nuclear Power Plant is among the plans underway with a Build Operate Transfer (BOT) being the most preferred financing agreement with the concessionaire that shall come on board," the agency says in plans submitted to the environmental watchdog.

The agency said Tana River is the most preferred location since it is not prone to earthquakes. Other sites under consideration were in the Lake Victoria and Lake Turkana basins.

The proposed sites are endowed with large water masses, which are crucial in cooling nuke reactors.

The project would involve the building of a 'third-generation' plant with pressurised water reactors. Nuclear reactors require reliable sources of water for steam condensation, service water, emergency core cooling system and other functions.

South Africa is the only country in Africa with a nuclear power plant near Cape Town.

Kenya,s energy mix currently consists of geothermal (45 per cent), hydropower (28 per cent), wind (13 per cent) and expensive diesel-run generators (11 per cent) according to the Economic Survey.

Experts say that hydropower, despite being the cheapest, is weather-dependent, making it unreliable during drought, hence the need for alternative base loads like nuclear that runs for long and uninterrupted.

The nuclear plant would be Kenya's biggest and most expensive project since the Chinese-built standard gauge railway. The KNEB has running memoranda of understanding with China, Russia, South Korea and Slovakia for capacity building for the nuclear plant.

The nuclear agency wants the State to fend off risks of graft associated with similar mega projects when it is implemented.

Any compromise on implementation standards for the nuclear power plant would also be a hazard, adds the agency.

"Kenya is at a risk due to the expected investment of Sh500 billion ($5 billion) into the Nuclear Power Plant if the current issues of run-away corruption are not curtailed, which may lead to massive public economic loss due to possible implementation delays and overruns as experienced in other mega projects in the country," says the agency.

"The vice has the potential of exposing the country to national safety and security risks.""

As well as a nuclear plant, President Uhuru Kenyatta,s administration has talked of building solar and wind energy facilities in the coming three years to increase power generation from 2,712 megawatts.