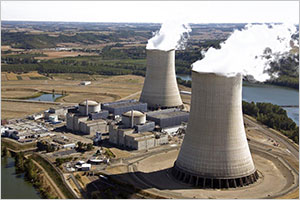 The Nuclear Power and Energy Authority (NuPEA) has begun a thorough search for a suitable building location for Kenya's first nuclear power plant near the coast. According to NuPEA's Chief Executive Officer Collins Juma, the agency is presently undertaking a full site survey of the two regions to determine the optimal location for the 1000 megawatt nuclear power station, which is planned to begin in 2030.

Kenya expects the nuclear power plant to supplement the country's present energy mix of 2705MW of installed power capacity, 86% of which comes from renewable sources such as geothermal, wind, and solar.

Despite delays, NuPEA is sure that the Kshs. 500 billion nuclear power plants would be operational by 2036. NuPEA is actively holding public sensitization seminars in both counties to raise public understanding about nuclear energy. The agency has also launched a survey to evaluate and appraise the Kenyan industry's prospective competence and interest in participating in the nuclear power program. This will assist in the formulation of a national nuclear localization policy.

South Africa is Africa's only country with a commercial nuclear power facility. Egypt, Ghana, and Nigeria are the only African countries in Phase 2 of implementation, which entails accepting bids and negotiating contracts for their respective first nuclear power facilities.

Kenya is set to pick a location to construct its first nuclear power plant. The Nuclear Power and Energy Agency (NuPEA), announced the reports and said it has contracted Chinese firm- China National Nuclear Corporation (CNNC) to determine the most suitable location in an ambitious two-year Site Characterization study.

"Currently, we have zeroed in at the coast along the Indian Ocean, Lake Victoria and Lake Turkana as the most ideal sites. We have excluded the Rift Valley because we need enough water to cool the plant. The sites were narrowed down after analysis of a number of environmental factors. These include, water, seismology and geology and ranked based on a numerical value assigned to each of the factors," said Mr Collins Juma, the NuPEA Chief Executive.

he nuclear power plant projected to be built in the next 8-10 years will cost US $5bn. It is expected to produce 1,000 megawatt (MW) of power. Kenya has identified nuclear energy as a source to fill the deficit Kenya is projected to have by 2030. While lauding the project as a major step forward Cofek secretary-general Stephen Mutoro urged the board to involve consumers while the process is ongoing to make them fully understand the plan.

According to the East African country, nuclear power is a long-term solution to high fuel costs - incurred during times of drought when diesel powered generators are used- and an effective way to eliminate carbon emissions from the power generating sector.

Hydropower accounts for 35 percent of Kenya's electricity generation, with the rest coming from geothermal, wind and diesel powered plants, the ministry says. NuPEA forecasts its capacity rising to a total 4,000MW by 2033 making nuclear electricity a key component of the country's energy mix.

The first nuclear power plant in Kenya will create about 5000 new jobs throughout its construction. The agency said it has trained 29 Kenyans on nuclear energy, all of whom graduated with Master's degree in Nuclear Engineering from top universities in Korea, China and Russia.

African countries most hit by inadequate electricity supply has in recent years shifted focus to clean energy particularly nuclear. Nigeria is among the countries embracing the energy as it signed an agreement with Russia's nuclear firm Rosatom to build two first nuclear power plants in the country.