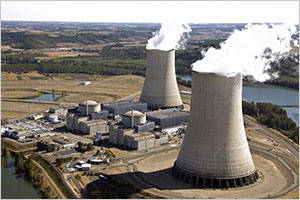 A solid waste-to-energy project is starting in Kakamega, 7 years after its official presentation. The Swedish energy company VR Holding AB has been appointed by the Kenyan government to carry out the work, which will cost 6 billion Kenyan shillings, or about $53 million.

Kenya will soon have a new solid waste-to-energy plant. The facility will be located in Kakamega County. The project is being implemented by VR Holding AB. The Bastad, Sweden-based Energy Company is implementing the project at a cost of 6 billion Kenyan shillings, about $53 million.

Our goal is to reduce the cost of electricity bills by 50 percent in Kakamega,â€ says Wycliffe Oparanya, the county governor of Kakamega.

In addition to diversifying the electricity and decentralizing power generation, the Kakamega authorities want to provide a sustainable solution to the problem of solid waste pollution. Thus, the recovered solid waste will be collected in the counties of Kakamega, Busia, Homa Bay, Trans Nzoia, Bungoma, Vihiga, etc.

The construction of the Kakamega Solid Waste-to-Energy plant will also provide employment opportunities for residents, contributing at the same time to the socio-economic growth of the county. According to Kakamega Governor Wycliffe Oparanya, VR Holding has 9 months to deliver the future facility. The project has been delayed for 7 years due to negotiations for the acquisition of 15 hectares of land.

This project is being launched less than a year after the commissioning of a medical waste treatment plant in the same county. The unit built in Kakamega has a capacity of 60 tons per day. The new facility uses bio-digestion or anaerobic digestion technology to treat medical waste. The biological process occurs when material is broken down by bacteria in the absence of oxygen.