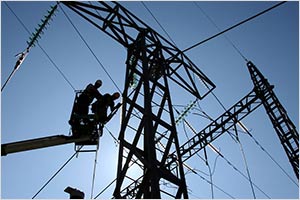 The project includes building of a 400kV transmission line from Singida to Isinya in Kenya through Babati, Arusha and Namanga.
Kenya’s extension of transmission line to Ethiopia and while Tanzania extends the same to Zambia, thus will connect East Africa to the Southern Africa Power Pool (SAPP).
The project is part of a great plan to have a 400kV transmission line passing across Africa from Cairo in Egypt to South Africa.
“This will enable Tanzania to sell or buy electricity from any country linked to this transmission line. In case of deficiency we can buy from our colleagues and if we have a power surplus we can sell to them,” interpreted Emmanuel Manirabona, TANESCO’s senior manager projects.
Having a word with journalists at Nanja village where the contractor undertaking the Babati-Isanya section of the project has set his camp, project coordinator Peter Kigadya said it adds to other plans being enforced by the power utility firm to strengthen power generation, transmission and distribution in the country and beyond.
Another project is the Tanzania–Zambia interconnection project which is currently on schedule for implementation starting financial year 2019 to commence operation in 2022.
There is also a 200MW Masaka (Uganda)–Mwanza (Tanzania) interconnector; an interconnection with Mozambique; the Tanzania–Rwanda and Burundi interconnection through a 63MW hydropower plant project at the Rusumo border; and a 340MW hydropower plant project at the Songwe border involving both Tanzania and Malawi, which would enable the national power grids of the two countries to be connected in 2021.
Assuming that Stiegler’s Gorge hydropower project comes into operation in three years’ time ,Tanzania finds itself with abundant power reserves, it can gain monitory befits by selling  the same to any neighboring country through these interconnections. Tanzania can also generate more power from other sources such as natural gas, geothermal and wind, and sell to needy countries.