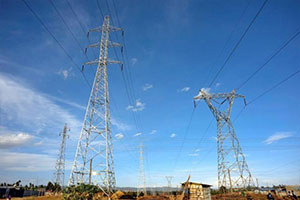 Permanent Secretary, Mr. Doto M. James, Ministry of Finance and Planning of the Government of Tanzania and Mrs. Stephanie Mouen, French Development Agency (AFD) country Director, signed 3 financing agreements for a total sum of 230 Million Euro (approximately 600 Bn TZS), in the presence of the French Ambassador. These funds are concessional loans targeting at improving electricity access in rural areas, enhancing the security and supply of electricity in Southern Tanzania and supporting water supply and sanitation services in Lake Victoria area.

A 100 Million Euro concessional loan aims at supporting the National Rural Electrification Program. The funds will finance Densification projects in 10 regions in order to connect up to 90,000 households and installation of about 3 MW of solar production capacity in remote centers operated by TANESCO. They have been until now supplied by diesel generators.

Together with World Bank and European Union, AFD is also supporting the Tanzania-Zambia Interconnection Project with a 100 Million Euro concessional loan. This will enable the installation of a 400 kV transmission line and substations from Iringa to Sumbawanga via Mbeya and Tunduma and the interconnection line from Tunduma until the border with Zambia.

This event represents an important step forward in AFD's cooperation with the government of Tanzania, which started more than 20 years ago and has significantly increased since then. The water and sanitation sector has historically been one of AFD's primary sector of intervention in Tanzania with 258 Million Euro (655 Bn TZS) committed over the last 10 years. The Energy sector is now the first sector in terms of commitments in Tanzania with almost 427 Million Euro approved by our Board of Directors during the last 10 years. AFD is involved along with TANESCO and REA to support access to electricity, transportation and generation.

Mr. Doto M. James, Permanent Secretary, Ministry of Finance and Planning, pointed out that "the good relationship between the United Republic of Tanzania and French Government contributes to a successful implementation of development projects in various sectors including water and energy".