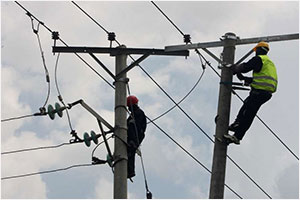 Recently, Tanzanian Prime Minister Kassim Majaliwa announced that 10,361 villages out of the East African country's 12,317 villages had been connected to electricity by October 2021, owing to the ongoing Tanzania rural electrification project.

Adjourning a two-week parliamentary session in the capital Dodoma, Majaliwa said that the number of villages connected to electricity was equivalent to 84.12% of the East African nation's villages.

The project is being implemented by the Rural Energy Agency (REA), an autonomous body under the Tanzania Ministry of Energy and Minerals whose main role is to promote and facilitate improved access to modern energy services in rural areas of Mainland Tanzania, in collaboration with the private sector.

The objective of the Tanzania Rural Electrification Project

The development objectives of the Tanzania Rural Electrification Project are to increase access to electricity in rural areas and to scale up the supply of renewable energy in rural areas while strengthening sector institutional capacity.

The project also contributes to the Government of Tanzania (GoT) plans to achieve approximately 1.3 million connections in rural areas, including public facilities, and increase the average access rate to electricity, both urban and rural, to 35 percent by next year (2022).