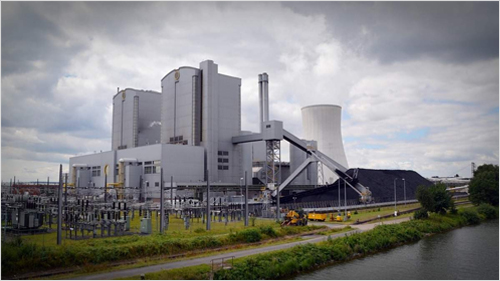 The East Africa region is increasingly becoming an area of interest in the eyes of international investors in energy projects from around the world.

The recent substantial FDI influx in the East African energy sector has re-ignited the global appetite resulting in the rising number of delegates exploring the region through channels like the 9th Power and Energy Africa exhibition in Kenya and Tanzania. East African countries like Kenya, Tanzania, Ethiopia, Uganda and Rwanda are already on the list with the highest level ministerial and industry-leading representations at the event scheduled for 2022. The presence and endorsement suggest the importance of the event and the sectors to the economy of the region.

The interest in this region is spurred by the East African Communityâ€™s development strategy to energize reliable delivery of energy projects and products effectively in the region. EAC is working on a strategy that recommends the development of new refineries in Kenya and Uganda and accelerating a planned upgrade of the distribution networks in Kenya and Tanzania while also upgrading the infrastructure for handling, transportation, and storage facilities across the East African region.

It is no secret that important energy discoveries made in Tanzania, Kenya and Uganda, are expected to boost the potential of the region to achieve energy self-sufficiency. The construction of new crude oil pipelines in Uganda, Rwanda, Kenya and Tanzania connecting the hubs to major ports in the region are already well underway. While at the same time contractors are being mobilized to upgrade and extend existing oil and gas pipelines from Kenya to Uganda all way to Rwanda.

According to data and analytics firms, the renewed effort towards increasing the capacity of the East African Oil and Gas projects means that countries like Kenya, Tanzania and Uganda are set to produce and distribute oil and gas by 2025, with production capabilities predicted to spike within the next five years to 230,000 barrels per day, from zero in 2021.

Projects like the Lake Albert oil development will be some of the largest oil developments in the region in the last 20 years which incidentally is expecting to recover almost 1.5 billion barrels. The Tilenga and Kingfisher fields could generate up to USD 8 billion in fiscal revenues. These projects are expected to contribute to the planned expansions in other East Africa Community partner states like Kenya and Tanzania, as well as other landlocked countries that rely on the region for petroleum imports.

It is known that the East African countries are heavily reliant on crude oil and gas for their energy needs, however, it is also important to note that this region has also promoted renewable energy as a viable path. Kenya is among five countries driving the current African solar energy market while at the same time prioritizing Hydro and Wind energy solutions to meet the energy needs.

East Africa is also working constantly to harmonize existing regulations in order to maximize the opportunities that are on the horizon. The region's potential is bound to open up even more as a scalable investment destination, which is an opportunity that should not be taken lightly, let alone be missed.